6. How to have a bikini body — put a bikini on your body:

One of the posts I’m most proud of this year is Feminist in a fat-shaming world, in which I take on a lot of negative fat-hating that goes on in the media and I offered my 10 secrets to beauty, which had nothing to do with diets, fashion, makeup, or any fucked-up beauty standard that limits the beauty of the human spirit. I encourage you to read it now and often. 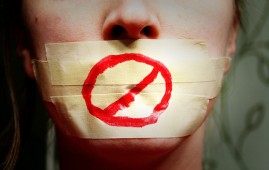 7. That time I got sucked by The Good Men Project:

It is only natural that in every life mistakes are made. Transparency is important to me on The Siren. I approve all comments, unless they are threatening. If people question my decisions or motives, I don’t silence that. And if I discover that I have done something wrong, I try to make it right. I know some readers wondered why I took the time to write about why I won’t be supporting The Good Men Project anymore. But it was another one of those moments where I felt it was important to be transparent. I had endorsed them. And then a reader pointed out a bunch of highly problematic, sexist, and rape-culture endorsing posts on GMP. When I talked to GMP editors about these problematic posts, the answers I got were vague and unapologetic. I knew that if one reader was hurt and angry that I had endorsed GMP, there were more who were angry in silence. What’s the old Spiderman quote? “With great power there must also come great responsibility.” I don’t know if The Sin City Siren has “great” power, but there is some power here and I certainly have a responsibility to use it wisely. Sometimes I fail. When I do, I try to make it right. And I thought there was an opportunity for valuable discussion and transparency in talking about the decisions I made. As usual, Siren readers proved intelligent and passionate, especially in the face of “men’s rights” activists who pounced on the post as a dumping ground for their rhetoric. Thanks for having my back, Sirens.

8. Dissecting rape culture with “boys will be boys:”

Sometimes writing The Siren is about throwing stuff at the wall and seeing what sticks. In general, Siren readers don’t tend to care for motherhood or parenting-oriented posts, which is why I launched The Tired Feminist three years ago. But there are times when parenting issues actually have deeper issues. When I came across a post by my Feminism 2.0 colleague Soraya Chemaly, in which she exposes the misogyny and rape culture roots of the phrase (and belief) that “boys will be boys,” I knew there was something important there worth exploring. And judging by the frequent hits the post still gets almost daily, the question of when and how the gender binary, sexism, and over-arching patriarchy leads to rape culture is not only a fertile one, but one that a lot of people are thinking about.

Another series that De’Liza and I did this summer was called Exploring Girlhood, which took on the question of what being a girl meant. What is a girl? Who gets to decide? Is it about cisgenderism and biological destiny? (Definition of cisgender here.) Is it about pink? Is it a set of socially constructed rules, ala patriarchy? If anything, the series was a chance to look directly into the gender binary and the gaping maw of patriarchy. The most popular post in the series is one in which I wonder just what girlhood means and the ways that the gender binary oppresses kids of all genders. 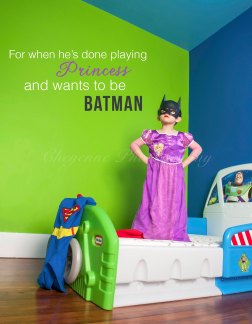 10. Panty raid, or, why aren’t there Spiderman underwear for girls?

This post was a surprise hit. Frankly, I was venting my frustration on how it is impossible for me to find underpants for my daughter that feature her favorite superhero, Spiderman. You can find underwear with some female heroes, like Wonder Woman and Super Girl. That’s great. But why the gendered lockdown on underwear? It turns out, I’m not the only parent with this issue, as I share in the post, another mom started a petition to get Spiderman underwear for girls. I’d take it a step further and just make all characters available for both styles of underwear — girls and boys. Until then, I’ll keep complaining. Because the fact that my kid can’t have the superhero she wants on her underwear is part of the problem with sexism. How sad is it that a three-year-old has to learn this?

Want more SCS? Follow me on Facebook and Twitter! Keep up with fresh posts automatically by signing up for free email alerts! Take SCS with you wherever you go with a Kindle subscription!

Sunday night #mood
Because jellyfish
Credit where it’s due. Oftrump really nailed it. #handmaidstale #christmas #flotus #whitehouse #melaniatrump
Also, none of your business 🤣
🤣🤣🤣 Meme via @nerdswithvaginas
“You own everything that happened to you. Tell your stories. If people wanted you to write warmly about them, they should have behaved better.” ~ @annelamott #TheSinCitySirenAnthology #SCSanthology #AllTheTea #Truth #FeministBook #RageBecomesHer #SquadGoals #feminist #busytonight #MeToo #TimesUp #Vegas