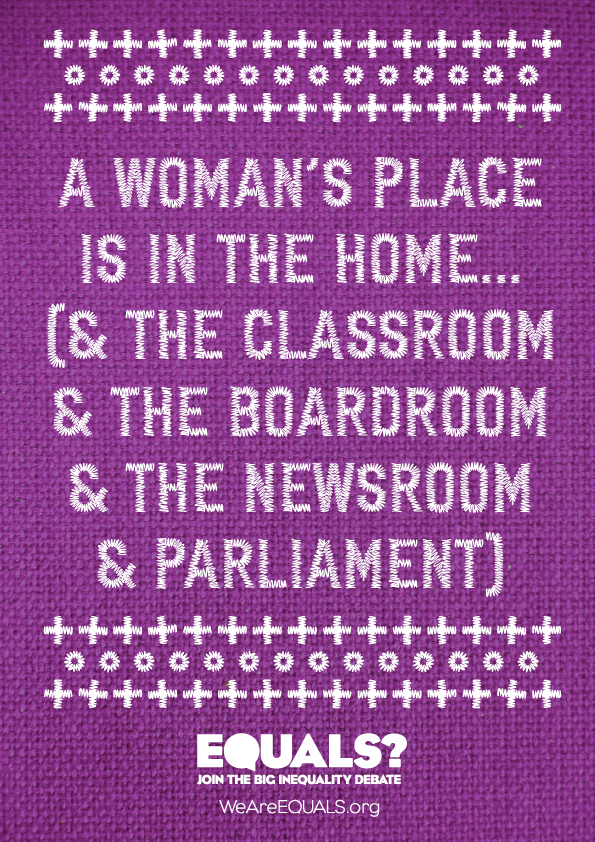 March 8 is International Women’s Day. A lot of times the discussion for International Women’s Day, with its focus to look globally at the status and issues of women, causes American women to turn our gaze outside our borders. The dominant thinking is that life for women in other parts of the world is so much worse, so much more difficult, and so much less fathomable compared to the relative luxury of the American life. While in many ways this is true, I can’t help but think there is a problem with this framework. Because this framework is propped up by an assumption that life, status, and equality for American women is — if not quite distributed equally yet — within reach and the work to make it so is nearly done as so many Feminist Death Watchers would have us believe.

Indeed, we’ve come a long way (baby). But, the margin between the have- and have-nots in America is no less startling than when we compare our collective American largesse to those of, say, Aghanistan or India. We had to wait almost two years for a reauthorization of the Violence Against Women Act, held hostage by the fact that newly introduced protections actually made the law more inclusive to protect all women. Intimate partner violence, sexual assault, job and wage discrimination, sexual harassment, reproductive rights challenges, acts of violence against female politicians…

We do not live in equal times, even here in The Land of the Free.

Now, I can hear you already shaking your head and saying, “But we do not sell our daughters into forced marriages or engage in female genital mutilation. We do not stone little girls in the street for walking to school.”

You’re right. We don’t. But my point isn’t a tit-for-tat comparison. My point is that in a country with relative wealth much higher and a political system that is predicated on each citizen having access to power and being able to voice their opinions — shouldn’t we be doing much, much better by our girls and women by now? What kind of example are we if the best we can say is, “Well, we don’t sell our girls for goats.”

Because some of the other stuff that we like to think doesn’t happen here… does. We chastise the Italian judicial system for telling a woman she wasn’t raped because her pants were too tight. But the very same sentiment happens in our courts every day. We rise up in anger at the sickening gang-rape of a student in India, while simultaneously feeling “conflicted” about the gang-rape of a girl in Steubenville. We are angry that women make perilously low wages in Third World countries, but I see no one rioting in the streets for the Latinas who make 55 cents on the white man’s dollar.

We should be outraged about the use of women and girls as pawns in war. Rape as a weapon of war. And the ways that sexual politics — such as female genital mutilation or men’s unwillingness to use condoms to prevent AIDS — has a profound effect on women. There is a system of attacking women through sexual politics, even when it is not a violent act like rape. And that is happening all over the world.

But we have to wipe that smug smirk off our own face. The one that says that, by comparison, we are so much better than where those “other” women live. (And let’s face it, those other women are almost exclusively women of color, so there is some deeply entrenched institutionalized racism there.) But when we look at the American laws being written banning and putting up roadblocks to abortion, those laws almost specifically attack women of color and poorer women (who are usually women of color) because they already lack the same access as white women and wealthier women. As a white, middle class woman, I will always be able to procure an abortion, either by affording to pay or affording to travel to a place where it is legal. But we can’t say the same for the women who live on Medicaid or Welfare, a large portion of whom are women of color.

What I hope we can start to see this International Women’s Day is the egg on our own face. The deep racism that exists in our framework of prioritizing women’s issues here and abroad. Regardless of whether or not you call yourself a feminist, one thing we should all be able to agree on is that the misogyny and injustice women face take different forms around the world, but the effect is the same. We are all diminished. And it’s about time that we recognize that if we want true equality as women, we must start by treating the health, welfare, and humanity of all women equally.

5 thoughts on “The race politics of International Women’s Day”